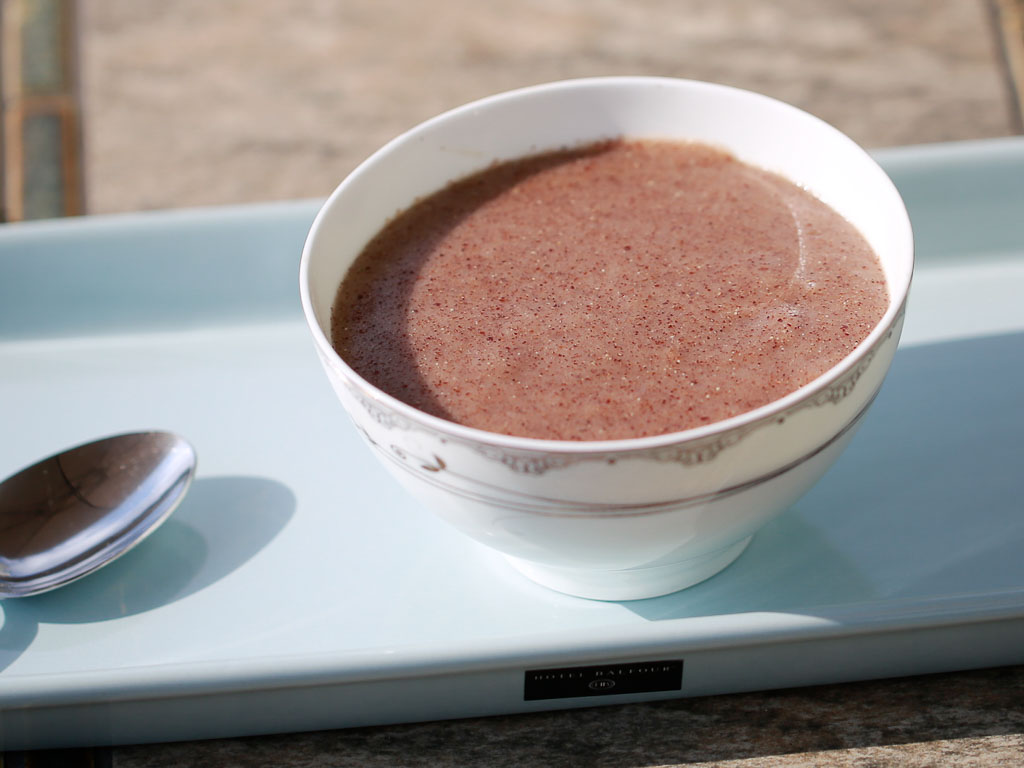 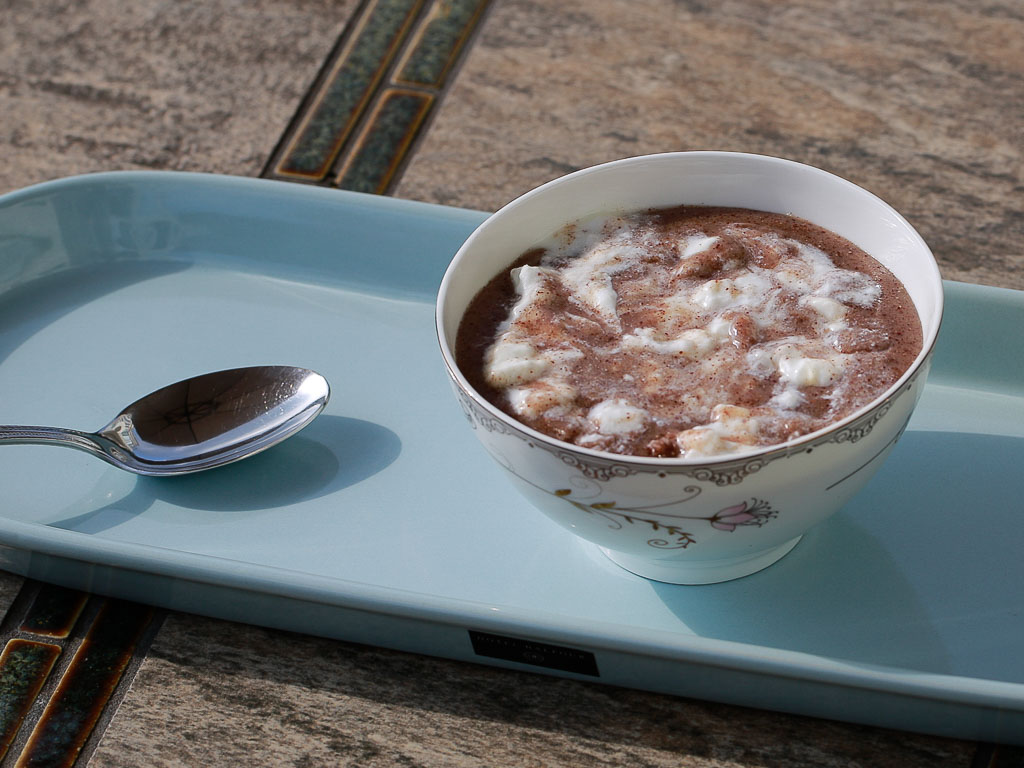 Finger millet porridge with yoghurt  is a light, nutritious breakfast made of finger millet flour cooked in water with additions of peanut butter, sugar, lime juice and yoghurt. This post is inspired by my father, who insisted that I feature a South Sudanese staple breakfast item that he eats every morning.  It is frequently consumed with sour milk, alternatively, with yoghurt. Finger millet is also called red millet, Ragi in India or Wimbi in Swahili. It is a whole grain seed that is ground into flour used to make porridge, Asida, and for making fermented liquor.  Finger millet is an excellent source of complex carbohydrate (70%), protein (7%), fiber (3.5%) and minerals, especially calcium and iron. To make this porridge, finger millet flour is cooked in water and peanut butter or sesame butter, sugar, and yoghurt are added. The additives increase the nutritional content. It is light on the stomach, and starts your day with a burst of energy. This porridge is especially encouraged for lactating mothers and children. 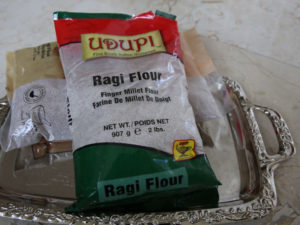 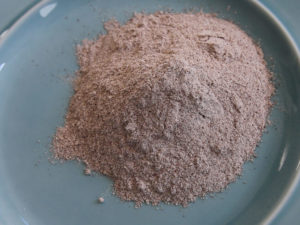 How to make this porridge

First; Mix 1 cup of finger millet flour and 6 cups of water in a medium size saucepan. Mix thoroughly using your Lofrega (South Sudanese wooden cooking utensil), place on the stove on medium heat and bring to a boil. Make sure to stir the porridge as it boils to avoid lumps. Second: As the porridge starts to bubble, add 4 tablespoons of peanut butter and stir. Allow 2-3 minutes for the peanut butter to dissolve and cook. Third; add 1/4 cup of sugar. Fourth; squeeze lime juice from a half slice of lime.  Turn heat off, leave on stove for additional 10 minutes. Finger millet porridge. The red specks are the hull of the whole grain millet seed.