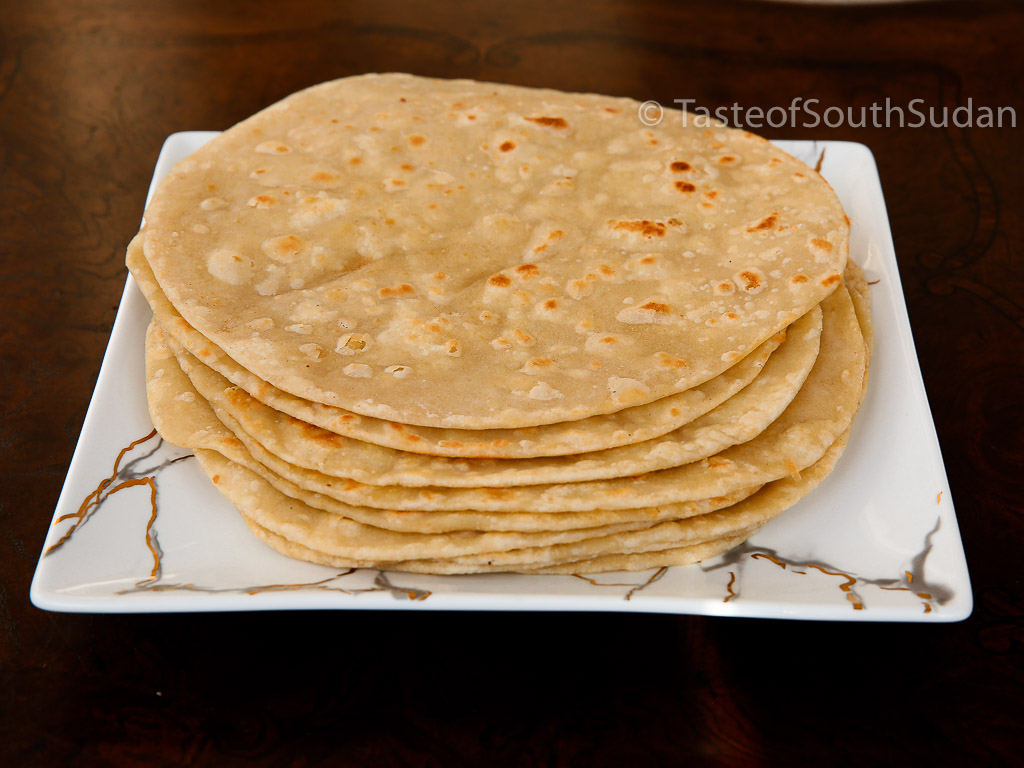 Chapati or chapos as Kenyans call it, is a flat unleavened bread made from flour that is cooked on a flat griddle until slightly browned. Chapatis originally came from India. The number of Indians in East Africa increased during British Colonial rule. Some eventually settled and introduced foods such as curry and chapati. East Africans have adopted and perfected cooking chapati. As a child growing up in South Sudan, eating Chapati was a treat during the few occasions that my mother made them.

Taste of South Sudan presents East African Chapati – Chapos recipe. We will be adding egg to the usual ingredients of flour, water, oil and salt. The addition of egg to the dough makes for a more springy chapati. Enjoy eating chapati by itself to accompany morning or afternoon tea. It is also eaten with a variety of stews, curries, beans and meat dishes, with the chapati used to scoop up the stew. The food may be rolled within the chapati, as in a gyro sandwich. Chapatis store well in a covered container refrigerated, simply warm prior to serving.